Shocking exit of Paras Kalnawat aka Samar Shah from ‘Anupamaa’ 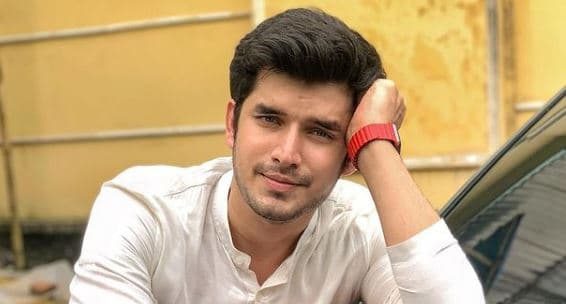 Television actor Paras Kalnawat, who essays the role of Anupamaa’s (Roopali Ganguly) second son Samar in the popular Star Plus series has been asked to leave the show.

His sudden exit comes because the producers of the show terminated the contract with the actor. At the moment, viewers of the show will be aware that Paras’ story has not been the focus on the show for some time because of the exit of his on-screen fiancé Nandini (Anagha Bhosle) but it was believed that the writers were coming up with a new track for him.

But it seems like that is not to be. As per recent reports, Paras Kalnawat signed for the new season of ‘Jhalak Dikhla Jaa’ and it seems like this has really upset the producers of ‘Anupamaa’.

As per reports, Paras’ contract with ‘Anupamaa’ has been cancelled citing a breach of contract.

According to a statement released by the production house of the Star Plus series, it is stated, “Producer Rajan Shahi, who produces Anupamaa on Star Plus, has taken a stand to terminate the contract of actor Paras Kalnawat who played Samar in the show on account of breach of contract for signing up a show on another channel without any prior intimation. Directors Kut and Rajan Shahi has always been accommodating to actors and never stop any actor's growth. Even in the case of Paras, in the past, adjustments were made to accommodate the opportunities he used to get and take up, but with the consent of the production house.”

Rajan Shahi, the producer, for his part, also confirmed the same and stated, "We as a production house won't entertain breach of contract.  We have terminated his services as an actor with immediate effect. We wish him all the best for his future endeavours."

‘Anupamaa’ is a prime time television show that has been reigning supreme on the TRP charts for quite a few months. Recently, a new leading lady was brought in as a potential love interest for Samar (Paras Kalnawat) who, was still heartbroken about his breakup with Nandini. Now that the makers have cut off Paras from the show, it remains to be seen what they do with this character, replace him or write him out.

Fans of Paras Kalnawat though need not be sad as the actor will soon be seen on Colors channel, showing off his dance moves on ‘Jhalak Dikhla Jaa 10’.