Subi Samuel gets candid about his short film ‘Aai’ 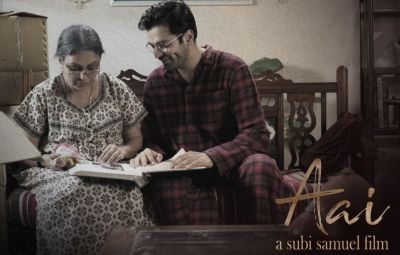 Subi said: "I had always harbored the dream about telling a story. When the theme of 'Aai' was narrated to me, I knew that this is what I wanted to tell. The film has just started its festival journey and is receiving great reviews from the people in the fraternity."

Ashwini Kalsekar is playing the role of a single mother in the film. Rohan Gandotra is seen as a loving son, and Chahatt Khanna is cast as his wife in the film. 'Aai' is the story of a widow, the sacrifices she had made to raise her son. This special film expresses the sacrifices that every mother makes to raise their children.

The film also won the International Maritime Film Festival (IMFF) award. Subi, a photographer, and a film producer predominantly works in Bollywood. Now, with the short film 'Aai', he has made an attempt as a director in the film industry.

"We are elated with the response and keeping our fingers crossed for further developments. This is just the beginning and we sincerely hope that the film will garner the interest of the audience after its release," he added

'Aai', an award-winning short film by Subi Samuel is releasing at 6 pm on April 26 on YouTube.