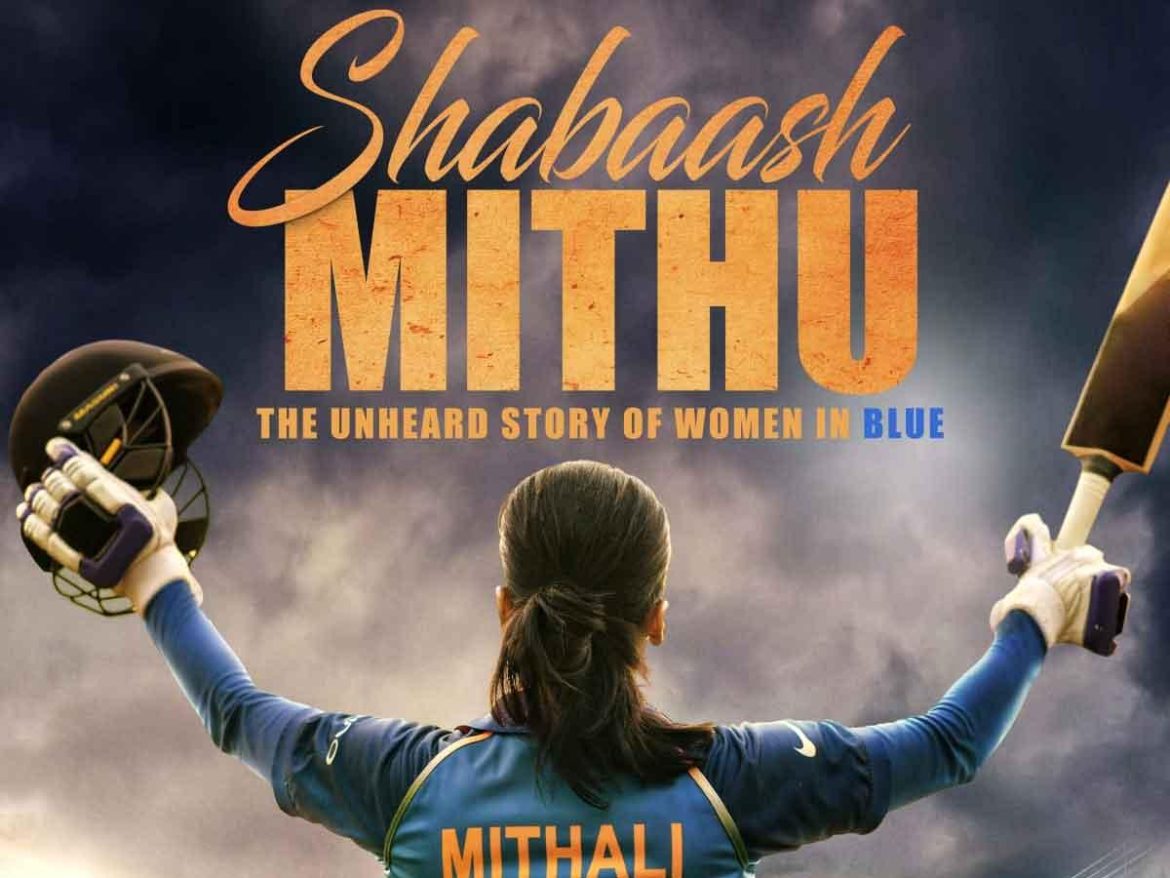 Haseena Dillruba actress Taapsee Pannu has revealed the teaser of her soon to be released sports drama ‘Shabaash Mithu’. Taapsee will be playing the role of Indian cricketer Mithali Raj in the movie.

In the teaser, we see her in a blue jersey with ‘Mithali’ written on it. The scene opens with a packed stadium cheering for Mithali in what appears to be a crucial cricket match. Taapsee is seen arriving on the field to showcase the magic of her batting because she is known as the most consistent player of her team.

Taapsee shared the teaser on her social media handles and wrote, “In this Gentlemen’s sport, she did not bother to rewrite history ….. instead she created HERSTORY! #AbKhelBadlega #ShabaashMithu Coming soon! #BreakTheBias #ShabaashMithu #ShabaashWomen #ShabaashYou.”

The teaser also mentions that she is the only Indian cricketer to score seven 50s consecutively in One day International matches (ODI), she was a four-time captain of the Women’s Indian World Cup team and she also happens to be the youngest cricketer to score a test double century and she has played the sport for 23 years.

Among the first people to react to her post were actress Rakul Preet Singh and Taapsee’s sister, Shagun Pannu who wrote, “The best!!”  Some of her fans also commented “Shabaash”.

Previously on International Women’s Day Taapsee had shared the poster of the movie. In that she was seen in the blue team India jersey with a bat in one hand and helmet in the other. Posting it on her Instagram, Taapsee wrote, “She continues to inspire millions like me. To break a few stereotypes to lay down a new path ahead for many to follow. This Women’s day I am cheering for the front runners in the fight to #breakthebias #shabaashMithu #ShabaashWomen #shabaashyou.”

Shabaash Mithu chronicles the important moments in the life of Mithali Raj, who is the captain of India’s women’s cricket team. She is the most experienced player in the side and has won many accolades representing India in the game of cricket worldwide.

‘Shabaash Mithu’ was originally supposed to release on February 4, 2022. That has since been delayed. The makers will soon announce the theatrical release date for the movie.

This is Taapsee Pannu’s fourth movie that revolves around sport. She has previously worked on ‘Rashmi Rocket’, ‘Soorma’ and ‘Saand Ki Aankh’. Taapsee is known to take on versatile and challenging roles and ‘Shabaash Mithu’ should be no different. Mithali Raj is an inspiration for women worldwide so it should be interesting to see what Taapsee brings to the table as she essays the character of Mithali Raj in ‘Shabaash Mithu’.