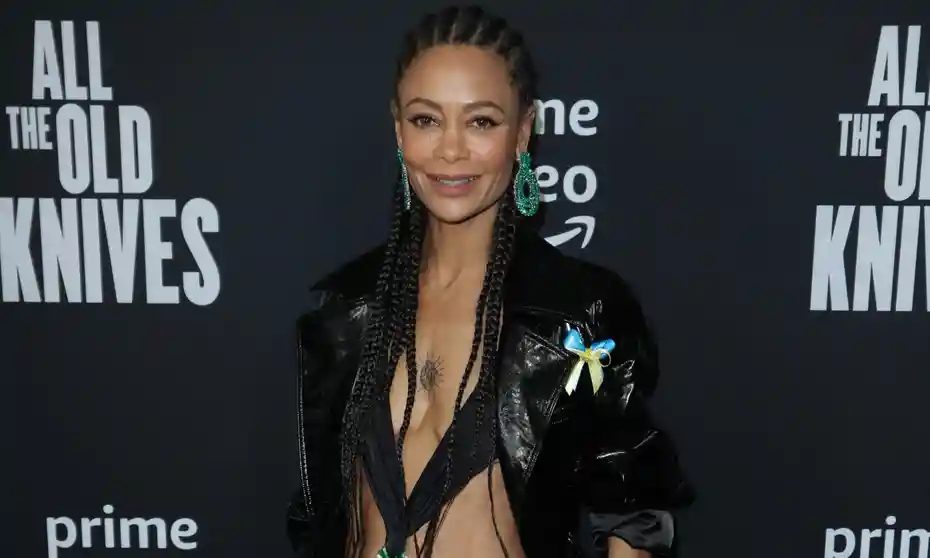 Thandiwe Newton has been making headlines these past few weeks following her dramatic exit from ‘Magic Mike 3’.

At the time, the statement released stated that the British actress has decided to step away from the movie to deal with her personal life.

There have been rumours that she and her husband of over 20 years Ol Parker have parted ways. Last week, Ol Parker was spotted without his wedding ring and now, Thandiwe has been spotted with musician Lonr, who real name is Elijah Dias, on a stroll in Malibu where the two looked cosy as lovebirds, walking arm in arm and even stopped for some PDA.

Thandiwe, 49, was seen sans wedding ring, all loved up in the arms of the 25-year-old Lonr as they shared a steamy kiss in an alley. The two looked lost in their own world as two people new in their relationship, oblivious to the eyes and the cameras around them.

Both Thandiwe and Lonr were dressed casually on what looked like a shopping date as the musician was walking with a few shopping bags in one hand.

Thandiwe has been in the news for her rumoured split with her husband as well as for her shocking exit from ‘Magic Mike 3’. Reportedly, she got into a very heated argument with her co-star in that movie, Channing Tatum.

As per Page Six, the movie production team also expressed concerns over Thandiwe’s mental health. A source was quoted as saying, Thandiwe had been acting strangely on the set … enough that producers were worried about her state of mind.”

However, a spokesperson from Warner Bros. issued a statement that said, “Thandiwe Newton has made the difficult decision to step away from the production of Warner Bros. Pictures’ ‘Magic Mike’s Last Dance’ to deal with family matters.”

Thandiwe and her husband seem to be confirming their split by being seen in public without their wedding rings.

Enola Holmes to arrive on Nov...