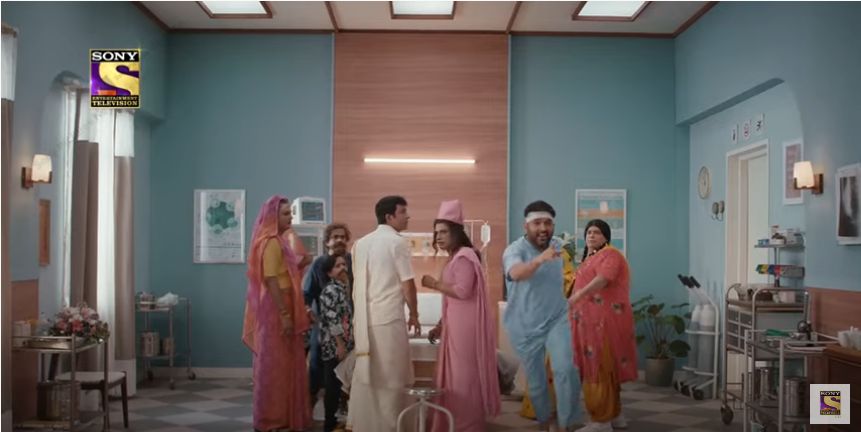 As Kapil Sharma has already made an announcement about the new season of 'The Kapil Sharma Show' by sharing his new look, the makers have dropped a promo to reveal the new faces on the show and also the date on which it is going to air.
The caption reads: "Kapil Sharma laa raha hai comedy ka naya season! Dekhiye #The KapilSharmaShow 10th September se Sat-Sun raat 9:30 baje, sirf Sony par (Kapil Sharma is back with a new season of comedy! Watch The Kapil Sharma Show on Saturday and Sunday at 9.30 p.m. on Sony TV."
In the funny video, Kapil is shown inside a hospital room with a bandage on his head surrounded by comedians Kiku Sharda, Sumona Chakravarti and Chandan Prabhakar and as soon he wakes up he recognises everyone except his wife played by Sumona.
At the same time, a new actor Srishty Rode as Gazal enters the room with a bouquet of flowers for him and he immediately runs towards her and hugs her tightly calling 'darling' and repeats the scooter number of his wife. At this moment only Archana Puran Singh holds his collar from behind and says you forgot your wife but not her scooter number.
So, with the teaser it is for sure that this season has new contestants like Srikant Maski, Siddharth Sagar, Ishtiyak Khan and Satinder Soni and it has more comic elements for the audience.
'The Kapil Sharma Show' is going to start from September 10 on Sony Entertainment Television.
20220825-172604