This is the diet followed by Duchess Kate Middleton 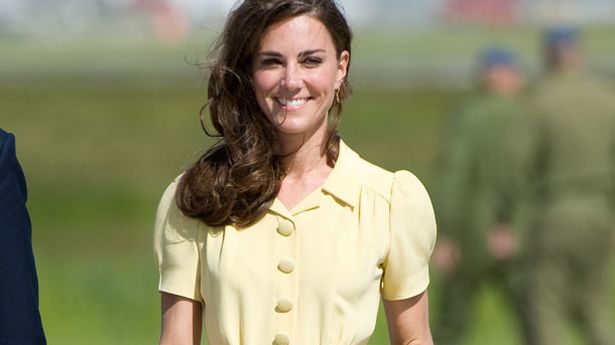 The Duchess of Cambridge, Kate Middleton is fitness goals for women the world over. The 40-year-old royal is a mother to three children, yet her body looks as agile and fit as it did when she got married to Prince William.

Middleton is known for eating a healthy diet and engaging in various sports activities to maintain her fitness levels. The Duchess is also known for taking some time out for herself, despite her punishing schedule as a royal.

Even so, everyone has at some point or the other been curious about the diet the Duchess follows to keep the pounds at bay.

While metabolism and natural body structure play a part in how lean or chubby a person gets, Kate Middleton has managed to maintain a lean and fit body despite three pregnancies.

As per reports, the royal follows a specific diet to keep calories at bay and it is called the   Dukan Diet.

What is this diet?

Dukan diet involves consumption of high-protein and low carb foods. As per Healthline, this diet was developed by a general practitioner of France named Dr. Pierre Dukan. This diet was made keeping in mind people who cannot give up on food. In the year 2000, Dr. Dukan published ‘The Dukan Diet’ book, which boasted of an impressive and sustainable diet program.

How does it work?

The Diet is done in four phases – Attack, Cruise, Consolidation and Stabilisation

This phase is usually for the first seven days and during this time, the person on the diet can eat anything that’s a low-calorie protein. As per the diet, apart from the low protein items, one and a half tablespoons of oat bran also needs to be consumed every day.

The foods that can be eaten in the attack phase include: Fish, Eggs, Lean chicken, Non-fat dairy like yogurt and milk, Tofu, lemon juice and pickles in very small amounts and about 5 litres of water.

The cruise phase starts from day 8 and continues for nearly 12 months. This phase the person switches between proteins and non-starch foods on alternate days. So, one day its lean proteins and the next its non-starchy vegetables. Along with this, 2 tablespoons of oat bran needs to be consumed every day.

The protein days can include all the foods from the attack phase and the non-starchy vegetables include – Spinach and leafy greens, bell peppers, Broccoli, cabbage, cauliflower, tomatoes, cucumber, green beans, mushrooms, onions, turnips and pumpkin.

This is to consolidate the weight lost in the first two phases. Maintain the weight lost by consuming unlimited protein and vegetables for a period of five days for every pound lost. This phase allows for cheat meals twice a week and one full day packed with only proteins. Oat bran consumption everyday in this phase is 2.5 tablespoons.

Last and final phase is to maintain all the weight lost. You need to follow the diet maintained in the consolidation phase and can have cheat meals as long as the weight remains stable. You need at least 30 minutes of exercise everyday and 3 tablespoons of oat bran every day. There is no end period to this phase and it can be indefinite, as long as you maintain the weight lost.

Govt should not give donations to...