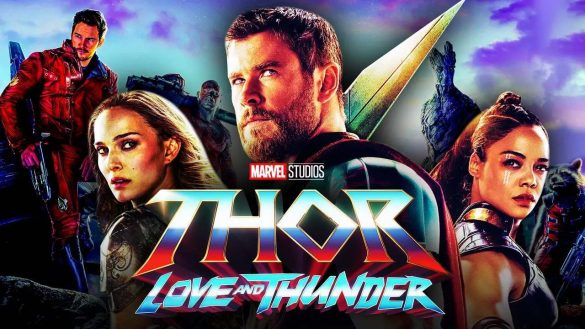 Marvel’s fourth stand alone Thor movie, ‘Thor: Love and Thunder’ is a much awaited highly exciting film for fans of the franchise.

Taika Waititi, who directed the third Thor movie, ‘Thor: Ragnarok’ is back in the director’s chair for the fourth movie as well and this has only increased the excitement levels among fans.

‘Thor: Ragnarok’ broke the mold in which Thor was placed in the earlier two movies and it brought the fun and excitement into Asgard. The entire vibe of the movie was so edgy, fun and deeply thrilling that it easily became the most loved Thor movie of the three.

It helped redefine the character of Thor and it also offered a more three-dimensional portrayal of Mark Ruffalo’s Hulk, who up until then was only there for ‘Smash’.

The Avenger movies did a great job with Bruce Banner’s character, but it took ‘Thor: Ragnarok’ to bring out the emotions of Hulk.

Therefore, the excitement around ‘Thor: Love and Thunder’ is at an all time high. Fans are also excited that Natalie Portman, who played Thor’s love interest in the first two Thor movies but then bowed out of the MCU is back reprising her character, Jane Foster.

Now it seems the latest Thor movie has broken a record amongst all Marvel movies, though it’s unlikely that Marvel will be celebrating this one!

For several unknown reasons, the movie, which is due for release on July 8, 2022, still doesn’t have a trailer. Touted as the ‘wildest movie’ by the Director Taika Waititi himself, fans have been waiting eagerly to catch a glimpse of the crazy ride promised by the makers but with only 92 days left for the release, there is nothing – no teaser, trailer, of the movie yet.

The other MCU movie that held this notorious record of a trailer and release within three months was ‘The Incredible Hulk’. At that time, Marvel released a trailer 93 days before the movie released.

Now, with 92 days to go, ‘Thor: Love and Thunder’ is the record-breaking Marvel movie to not have a trailer so close to the release of the film.

A while ago, as reported by Comicbook, director, Waititi when speaking about the fourth Thor movie said, “Well, just between [me and] you and the readers, I’ve done some crazy sh*t in my life. I’ve lived, like, ten lifetimes. But it’s the craziest film I’ve ever done. If you wrote down all the elements of this film, it shouldn’t make sense,” he added, “It’s almost like it shouldn’t be made. If you walked into a room and said, ‘I want this and this and this.’ Who’s in it? These people. What are you going to call it? Love And Thunder. I mean, you’d never work again. Maybe I won’t after this.”

Hearing this, only increases the curiosity amongst fans who desperately want a sneak peek into the world of Thor in the fourth movie of the Thor franchise in the MCU.

There were reports that ‘Thor: Love and Thunder’ might have a theatrical trailer release when ‘Doctor Strange In the Multiverse of Madness’ releases in cinemas. If that’s the case, fans have to wait nearly a month as the second Doctor Strange movie only hits the screens on May 6, 2022.