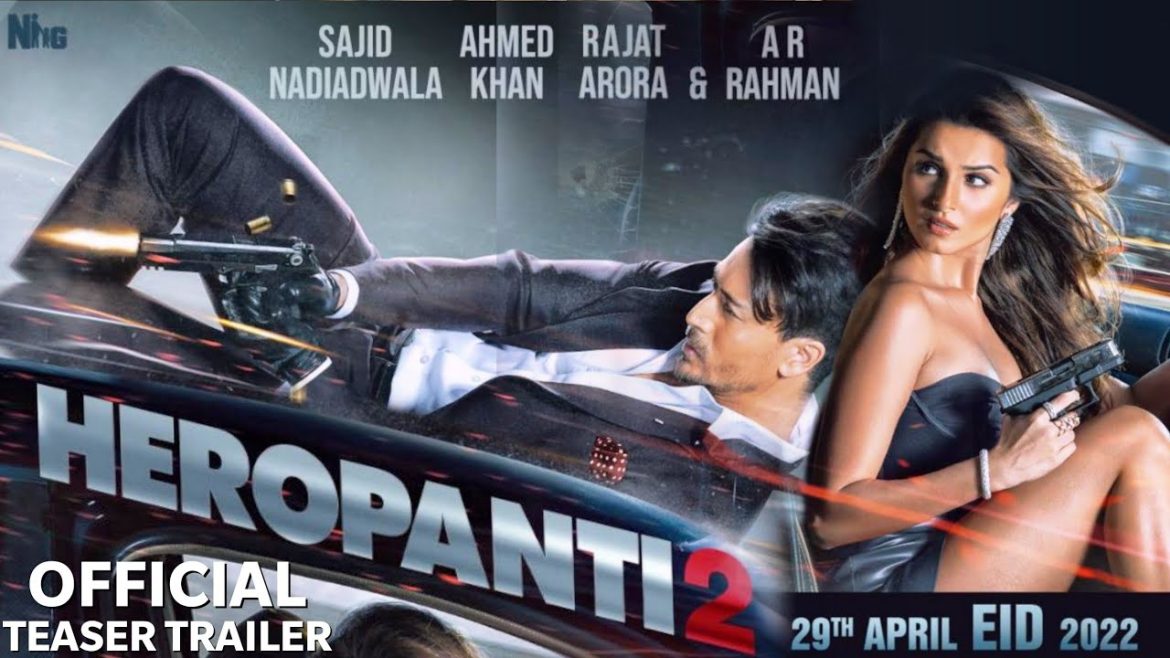 The trailer for Tiger Shroff’s sequel to his popular 2014 movie, ‘Heropanti’ has been officially released.

The sequel titled ‘Heropanti 2’ stars Tiger Shroff, Tara Sutaria and Nawazuddin Siddiqui. Fans have been eagerly waiting for updates on this film and yesterday Tiger Shroff and Tara Sutaria shared posters of their characters look on their respective social media pages. Check it out here:

Today, March 17, 2022, the makers of the film have officially released the trailer. Watch it here:

The trailer which runs for 3.38 minutes starts off by introducing Nawazuddin Siddiqui as the negative lead. They have introduced him well as the villain – we see him stab people, laugh hysterically and also put on lipstick, perfect caricature of a bad guy!

Enter Tiger Shroff, with his usual ‘Heropanti’ swagger and so begins the fight between Babloo (Tiger Shroff) and Laila (Nawazuddin Siddiqui). Given that it’s Tiger Shroff, we can expect plenty of action and superior display of martial arts.

‘Heropanti 2’, which stars Tiger Shroff and Tara Sutaria in the lead, has been helmed by Ahmed Khan. This is a sequel to Tiger Shroff’s debut in Bollywood ‘Heropanti’ which released in 2014. The first look poster of ‘Heropanti 2’ was released in February 2020 itself. The music of this film has been created by the world-renowned, A.R. Rahman.  ‘Heropanti 2’ is all set to hit the big screens on April 29, 2022.