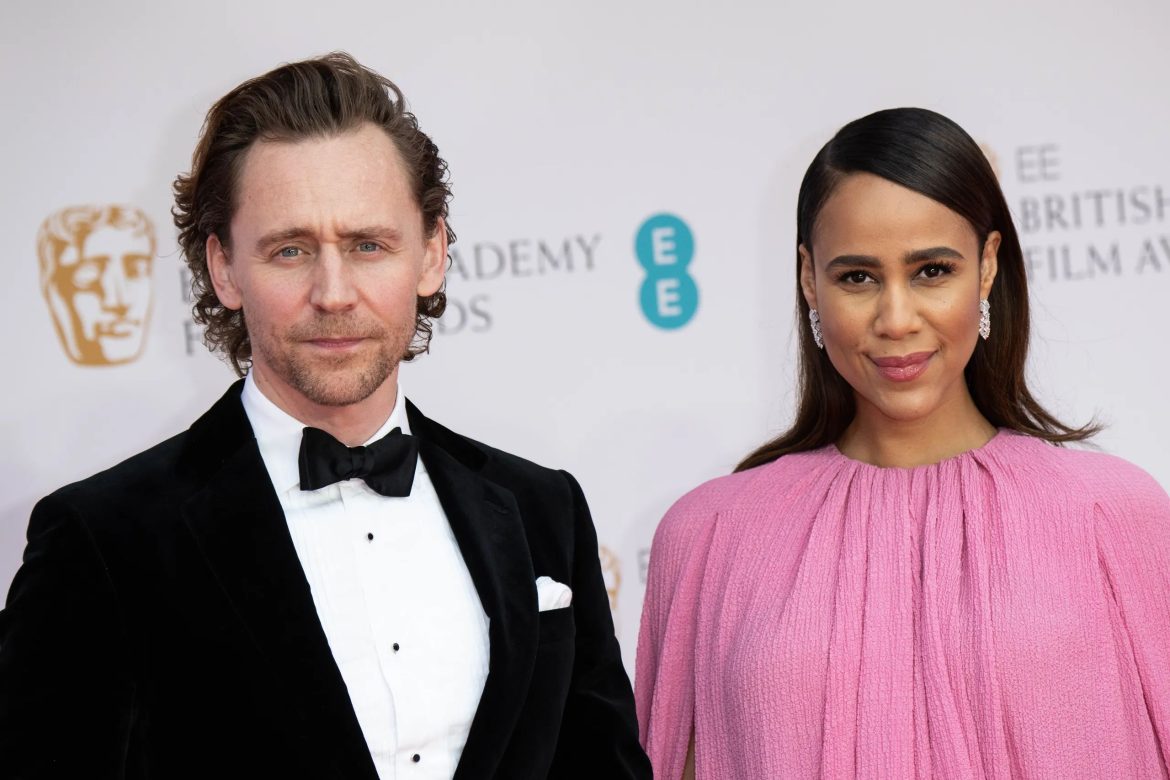 Marvel’s ‘Loki’ star, Tom Hiddleston and his actress girlfriend, Zawe Ashton walked the red carpet for the BAFTA awards that took place on March 14, 2022 at the Royal Albert Hall.

The duo were totally into each other and in style as they posed for the shutterbugs at the red carpet.

Zawe wore a loose fitting high-neck billow dress in a blush pink colour, while Tom Hiddleston was his formal best in a dapper black velvet blazer worn over a classic white shirt and black slacks combination complete with a white pocket square.

The couple looked very much in love as the cameras captured a lovely photo of the two looking at each other sharing a laugh.

Tom Hiddleston and Zawe Ashton have reportedly been together since 2019. Ashton will also soon be joining Hiddleston in the MCU, her Marvel debut will be in the upcoming ‘Captain Marvel’ sequel, ‘The Marvels’.

While during the awards, Zawe was careful enough to not show her hands, in an after picture there was one photo (accidental, perhaps?) where she and Hiddleston are posing with AJ Ododu for a selfie and we can see a big rock on the Zawe’s ring finger.

Tom Hiddleston and Zawe Ashton are yet to make any formal announcement, but the picture speaks for itself.