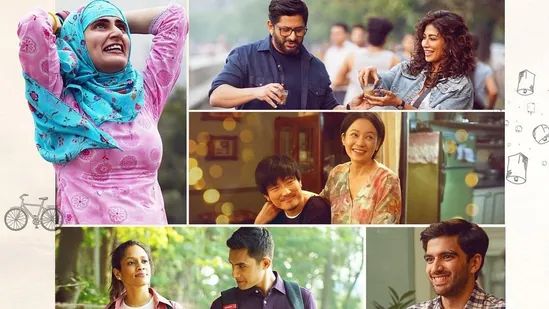 The trailers of 'Modern Love' India chapter were released on Thursday at a Prime Video India's fifth anniversary at a suburban hotel in Mumbai.

The India chapter of the hit international series features three versions from cosmopolitan cities of Mumbai, Hyderabad and Chennai.

The Indian adaptations of 'Modern Love' explore heart-warming stories of different facets, shades and moods of love, all set in India's three biggest cities with many unique milieus.

The Hyderabad leaf has been produced by SIC Productions (Films) with directors Nagesh Kukunoor, Venkatesh Maha, Uday Gurrala and Devika Bahudanam at the helm of affairs. The stories have been penned by Nagesh Kukunoor, Shashi Sudigala and Bahaish Kapoor.

All episodes will be available to stream on Prime Video starting May 13.