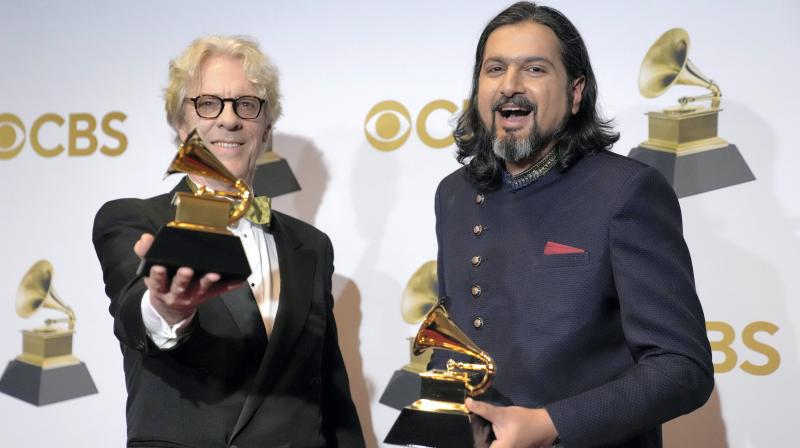 Ricki Kej made India proud by winning his second Grammy award for Best New Age Album at the Grammys 2022.

The Indian origin musician was born and bred in the US and has in the past collaborated with several Indian artistes like Neeti Mohan, Salim-Suleiman and Benny Dayal. He now wants to collaborate with his “friend” Rahman.

Ricki Kej’s Grammy win was his second one with his first one being in 2015 for his album ‘Winds of Samsara’.

His collaboration with drummer Stewart Copeland, which is titled ‘Divine Tides’ talks about the need for environmental conservation.

Lahiri Music’s Naveen Manoharan who backed the ‘Divine Tides’ said, “Ricky came to us for the little support that he needed. Divine Tides is the outcome of the collaboration of Ricky Kej and Stewart Copeland, and the win is just an endorsement of [their prowess as musicians].”

Manoharan’s company is also presenting the much-awaited ‘KGF – Chapter 2’ said that when the music is catering to four South Indian languages the music companies are looking for something more than talent when it comes to selecting singers.