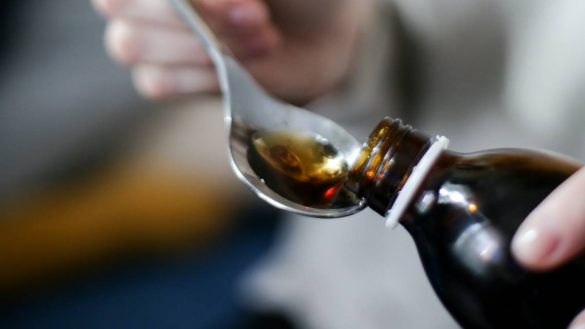 The World Health Organization on Wednesday issued an alert for four "contaminated" India-made medicines, chiefly for paediatric use, identified in the west African nation of The Gambia and found to contain chemicals that are toxic and potentially fatal after 66 child deaths.

"WHO has today issued a medical product alert for four contaminated medicines identified in #Gambia that have been potentially linked with acute kidney injuries and 66 deaths among children. The loss of these young lives is beyond heartbreaking for their families," the WHO said in a series of tweets, citing its Director General Tedros Adhanom Ghebreyesus.

"The four medicines are cough and cold syrups produced by Maiden Pharmaceuticals Limited, in India. WHO is conducting further investigation with the company and regulatory authorities in India," it said.

The WHO Medical Product Alert said that the four substandard products, reported to it in September, are Promethazine Oral Solution, Kofexmalin Baby Cough Syrup, Makoff Baby Cough Syrup and Magrip N Cold Syrup, all stated to be manufactured by Maiden Pharmaceuticals Ltd located in Haryana.

Noting that the stated manufacturer has not provided guarantees to WHO on the safety and quality of these products, the alert said that laboratory analysis of samples of each of the four products confirms that they contain unacceptable amounts of diethylene glycol and ethylene glycol, both "toxic to humans when consumed and can prove fatal".

"The substandard products referenced in this alert are unsafe and their use, especially in children, may result in serious injury or death," it said, adding that the toxic effects can include abdominal pain, vomiting, diarrhoea, inability to pass urine, headache, altered mental state, and acute kidney injury which may lead to death.

All batches of these products should be considered unsafe until they can be analysed by the relevant national regulatory authorities, the WHO said.

While these four products have been identified in The Gambia, it apprehended that they may have been distributed, through informal markets, to other countries or regions, and it "is important to detect and remove these substandard products from circulation to prevent harm to patients".

It underlined that all medical products must be approved and obtained from authorised/licensed suppliers, the products' authenticity and physical condition should be carefully checked, and advice taken from a healthcare professional when in doubt.

"If you have these substandard products, please DO NOT use them. If you, or someone you know, have used these products or suffered any adverse reaction/event after use, you are advised to seek immediate medical advice from a qualified healthcare professional and report the incident to the National Regulatory Authority or National Pharmacovigilance Centre," the alert said.

"National regulatory/health authorities are advised to immediately notify WHO if these substandard products are discovered in their respective country," it added.